The Art of Writing Black

I have been consciously in the Arts for about 10 years now and Chinua, from the grave, seemed to have whispered Africa to my heart and hearing. 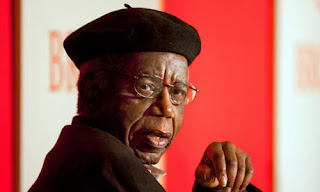 After having heard so much about him(and researching on his role as regards Pan-African Human Rights promotion and preservation), I decided to look into his work in August 2013. I also did get a download of Things Fall Apart.


I studied Things Fall Apart and There Was A Country closely. I was driven, however, and more attached to the latter than I was and am to the former. Perhaps this was as result of the clarity of his expression which was richly spread through-out his personal history of Biafra and the maturity and wisdom through he addressed the issue of the role of the African writer.


Before now, I gave just a few African authors more than the attention my academic pursuits demanded. I simply could not identify with their descriptions of the wars, society, friendship, history, dates, names, beauty, love, betrayal, passion, politics…. 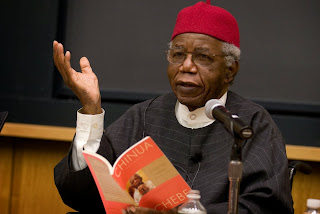 I understood that the knowledge of Africa was -and still is- salient but they seemed somewhat incomplete and burdensome to assimilate. As though to make matters worse, the subjects Government and History were not on my O’Level scheme of work so I just ran past it without much ado. Then again, with the gist of  Chimamanda of Purple Hibiscus; Chibundu of Spider King’s Daughter and Jude of Walking With Shadows, Africa suddenly leaped into light and became alluring to me. Tinapa and the Carnival spiced it up a whole lot. Ebony Life TV crowned it all.


Inspired by all these, I was determined to know Africa. I  now desperately needed to know her for myself. 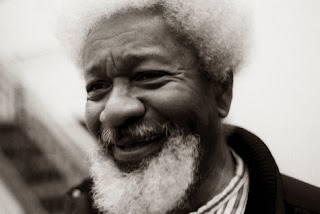 My art needed to know her. My life, love, ethics, academics and style yearned impulsively. Yet the African story to me was as bleak as ever until I read Chinua in August.


His description and style of writing in his last book broke the ice for me. I do not pride myself in knowing the completely flawless truth now. But I feel richly blessed to know this much.


I am particularly thrilled by his articulation of the role of the African writer in the multiracial world with multifaceted issues. Given some deep thought to these lines, I become more convinced that never has this issue been addressed this eloquently and honestly. I have to share this with you. These are excerpts from his last book which has spun me in no little way. Especially the issue of whether or not the African writer should participate in African politics: 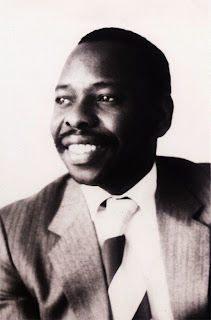 ‘There are some who believe that the writer has no role in politics or the social upheavals of his or her day.....I believe that the African writer who steps side….will become like the contemporary intellectual of futility in many other places asking questions like: “Who am I? What is the meaning of my existence? Does this place belong to me or to someone else? Does my life belong to me or to some other person?...The question of involvement in politics is really a matter of definition....”’


The truth be told, this is no little task- African politics being all that it is today. I used to think that only spectators are in the better position to describe or criticize the dance. Then again, no one is the dance or knows the dance more than the dancers who dance the dance. 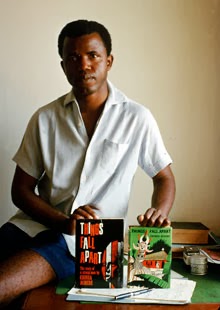 He further relayed the position as it was in early post-colonial Africa where ‘freedom’ being a state too hard to define or manage left everyone to his/her measure of uncertainty and hesitation, especially the writers and intellectuals.


‘What then do we do as writers? What was our role in our new country? How were we to think about the use of our talents? I can say that when a number of us decided that we would be writers, we had not thought through these questions very clearly. In fact, we did not have a clue what we were up against….A major objective was to challenge stereotypes, myths, and the image of ourselves and our continent, and to recast them through stories-prose, poetry, essays, and books for our children. That was my overall goal….I had no idea when I was writing Things Fall Apart whether it would even be accepted or published…,A major concern of the time was the absence of the African voice….Africa was bound sooner or later to respond….To do this effectively her spokesmen-the writers, intellectuals, and some politicians, including Azikiwe, Senghor, Nkrumah, Nyerere, Lumumba, and Mandela- engaged Africa’ s past, stepping back into what can be referred to as the ‘era of purity,’ before the coming of Europe….This was a special kind of inspiration. Some of us decided to tackle the big subjects of the day- imperialism, slavery, independence, gender, racism…. I borrowed proverbs from our culture and history, colloquialisms and African Expressive language from the ancient griots, the worldviews, perspectives, and customs from my Igbo tradition and cosmology, and the sensibilities of everyday people….by ‘writing back’ to the West we were attempting to reshape the dialogue between between the colonized and the colonizer. Our efforts we hoped would, would broaden the world’s understanding, appreciation, and conceptualization of what literature meant when including the African voice and perspective…. This is amother way of stating the fact of what I consider to be my mission in life.’ 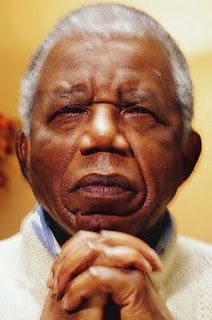 Learning about the Negritude –black intellectual and political liberation struggles/ independence movements, I have begun to appreciate the likes of Wole Soyinka; Steve Biko; Nnamdi Azikiwe; Kwame Nkurumah; Jomo Kenyatta; Julius Nyerere; Partrice Lumumba; Nelson Mandela; Walter Sisulu; Aime Cesaire,  and Leone Gontran Damas. To understand my place in my society as a writer, I appreciate that history is a wonderful place to begin even as I consider the ‘Great Story’.  Chinua further writes that…


‘If one didn't realize the world was complex, vast, and diverse, one would write as if the world were one little county, and this would make us poor, and we would have impoverished the novel and our stories …we must hear all stories. That would be the first thing. And by hearing all the stories we will find points of contact and communication, and the world story, the Great Story , will have a chance to develop....The  reality of today, different as it is from the reality of my society one hundred years ago, is and can be important if we have the energy and the inclination to challenge it, to go out and engage with the peculiarities, with the things that we do not understand.’

Without this we just churn out great material that serves no salient purpose. This is more so the case, I think, when certain themes are over flogged to the utter detriment and disregard of others. Africa, as it is in the 21st century, has so many great themes which we may consider. 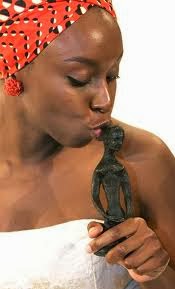 I would love, for instance to read a novel about what the internet has done to Africa or the survival of our values and African languages in moments soon after now. I would love to read about Osuofia and the devasting culture shock he comes face to face with as he tours the world. I would love to read native African thoughts on inter-racial romance. I would love us to address adolescent relationships and sex education; the streaks of social networks and technology as it drives our world faster in varied directions; human rights campaigns….I would love this and much more. This is not just because such would  entice and 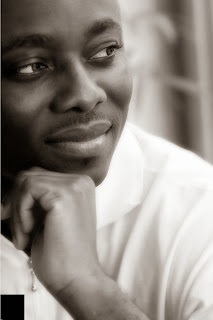 entertain me but because these are things that will make my

parents understand this generation more. Also these are things

that the present age can identify with and propagate.

Today, I celebrate the contemporary Negritude as includes Helon Habila; Chimamanda Adiche; Jude Dibia and several others who have built new standards for the African literary picture. An Africa perhaps with not as many polygamous homes, kolanuts or witch doctors. An Africa with deeper themes, simpler diction and clearer thoughts. One which we should develop as the days go by.
It is a great thing that we have Book Festivals now and Literary Prizes. These are quite commendable steps. However, long-term mentorships would go a very long way in walking Africa to its literary future.


As an African writer I always should remember that… 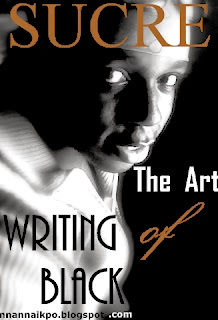 
‘The triumph of the written word is often attained when the writer achieves union and trust with the reader, who then becomes ready to be drawn deep into unfamiliar territory, walking in borrowed literary shoes so to speak, toward a deeper understanding of self or society, or of foreign peoples, cultures, and situations.’

I therefore ask that even as we script out the most exciting and sensational of what Africa is, should and will be, let us never forget the values that bind our art and the one voice whispering to us all, Africa.
- October 27, 2013