'I was issued a standard prison uniform for Africans: a pair of short trousers, a rough khaki shirt, a canvas jacket, socks, sandals an a khaki cloth cap. Only Africans are given short trousers, for only African men are deemed 'boys' by the authorities.

I informed the authorities that I would under no circumstances  wear shorts and told them I was prepared to go to court to protest. Later, when I was brought dinner, stiff cold porridge with a half tea spoonful of sugar, I refused to eat it. Colonel Jacobs pondered this and came up with a solution: I could wear long trousers and have my own food, if I agreed to be put in isolation. 'We were going to put you with the other politicals', he said, 'but now you will be alone. I hope you an enjoy it.' I assured him that solitary confinement would be fine as long as I could wear and eat what I chose. 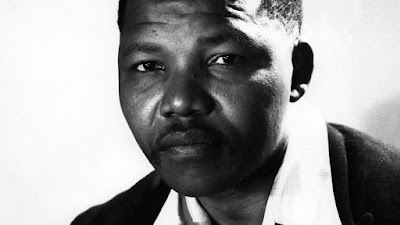 For the next few weeks, I was completely and utterly isolated. I did not see the face or hear the voice of another prisoner. I was locked up for twenty-three hours a day, with thirty minutes of exercise in the morning and again in the afternoon. I had never been in isolation before, and every hour seemed like a year. There was no natural light in my cell; a single bulb burned overhead twenty-four hours a day. I did not have a wrist watch and I often thought it was the middle of the night when it was only late afternoon. I had nothing to read, nothing to write on or with, no one to talk to. The mind begins to turn on itself and one desperately wants something outside if oneself on which to fix one's attention. I have known men who took half a dozen lashes in preference to being locked up alone. After a time in solitary, I relished the company of even the insects in my cell, and found myself on the verge of initiating conversations with a cockroach.

I had one middle-aged African warder whom I occasionally was able to see, and one day I tried to bribe him to talk to me. 'Baba' I said, which means Father, and is a term of respect, 'can I give you an apple?' He turned away and met all my subsequent overtures with silence. Finally , he said that 'Man, you wanted long trousers and better food and now you have them and you are still not happy.' He was right. Nothing is more dehumanizing than the absence of human companionship. After a few weeks, I was ready to swallow my pride and tell Colonelt Jacobs that I would trade in my long trousers for some company...The place of the freedom fighter is beside his people, not behind bars. '