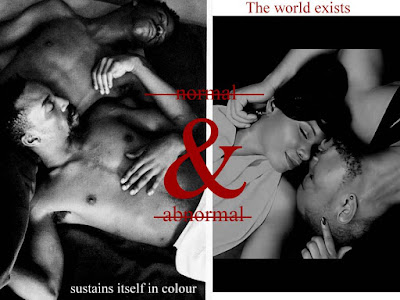 It is not often that I identify with the race struggle. One does not become genuinely emotionally aware of it by reading Nelson Mandela’s Long Walk to Freedom, seeing Idris Elba’s rendition of the Madiba or the Sophia town play- although I believe, I came very close. ‘Race’ has not always my reality. I live here in South Africa but I do not pretend to understand it fully, yet. What I do share with this reality is the consciousness of a tedious journey of struggling towards acceptance. If this is anything to go by, the parallel realities of the several immutable features that attract pain and exclusion share the same ‘darkness’. These features, race inclusive, are gender and gender expression, sex and sexuality, disability at several levels, ethnicity and ancestry, social and political class, religious affiliations or the lack of it. There will really be no end to this list. But Freedom Day every year as the celebration of the first time that exclusion was formally stopped as regards the peoples’ right to vote is not only a symbol of so much but a parallel victory for every reality that smacks of discrimination and exclusion.
You see, elections and voting are not just a political exercise of slipping cards through card-board slots. They could be symbols of integration, involvement, community, power and continuous change. They do not only say that my preference is allowed to count. They also mean that I am here validly, unapologetically, protected by the structure, history and aspirations of the state regardless of what, who, where or how I am.  It is not just the protection that counts but that there are mechanisms set up to ensure that nothing derogates from this status with impunity. And this idea of this is a beautiful one, phenomenal even.
However, this idea does not get realised because the people have a legal right to participate and contribute. All rights are linked to one another. A person cannot enjoy his/her/their human rights to participation and voting if their humanity is not first recognised. This humanity entails the respect, protection and fulfilment of every human right in the bill of rights. And for South Africa, given the colonial history, apartheid, the state’s policing of certain citizens privacy and sexuality, post-colonial anti-white sentiments, this humanity is strongly pegged on non-discrimination and inclusion.
The idea of this protection should mean that I may walk into classrooms and not be looked at differently because my skin is a shade of brown or black. And that my white friends are not constantly perceived as predators and oppressors. That waiters in restaurants do not look at me strangely because I am in a visibly biracial or same-sex relationship. This should mean that I may hold my head up high as I walk through the streets or into health care centres and police stations regardless of whether my sexual inclinations and gender presentations are known and visible. This should mean that the kink in my hair, sway in my hips or the lack of one or both does not get in the way of  working at work, learning at school, and ‘churching’ at church. This should mean that my life, culture, health and living standards should matter when state policies and plans are being made. This should mean that the great, little, dissimilar and similar should see me as deserving and worthy of visibility, audibility and engagement - and I reciprocating the same the whole time.

Still, it is not often that I identify with the race struggle. It has not always been part of my reality. I know about the struggles of sexuality, gender, ethnicity and religion. I know about being looked down on because by some standards I am not cis-gender and Christian. I know about being a stranger and hiding my ‘Nigerianness’ to protect myself from homophobia and xenophobia, to guard against physical, mental and emotional hostility and to live one more productive day. I know about being silent because my spoken words do not flow out articulately and struggling to compete with the same rules as persons who do not stutter. I know about fear and repression and that my scars are not instigators but a bench mark on how people must never be treated. Most importantly, I know that the Freedom Day should mean more than voting because history exists as a symbol to be celebrated, learned from, project further and not to be limited by. I know that Freedom Day means that in our dissimilarities, we should all count the same.