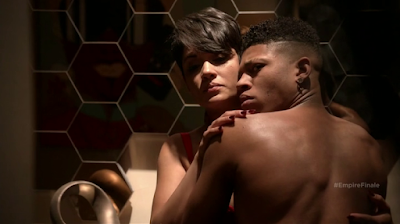 They would look at us as though we had something clandestine to protect. But our secret mocked them because we were all we were. And to think that I was the craziest of the bunch. The one that was neither pretty nor perfect. The one who was crazy about math but could not figure out chemistry, the boy who did not know how to swim. ' Danjuma!' you would always say 'you have me in you, so must be exceptional.'

I'll never tell them that you planned to disappear because you could not stand your reflection. And that you would spend the rest of your life running from yourself, and perhaps that the open secrets that mocked you in the face also mocked me.

Often I ask myself, a decade later. I ask my heart to appraise you. And whether this hatred is all my love for you should become. If this anger is all my fondness should melt into. It's not as though I forget to pray for you. That God should bless all the giftings of your heart and the destinations of your feet. It's not as though my heart forgets to measure every hint of love against the memory of you. But it'll never be easy to keep a secret. Even while I'll never tell them of this place. I'll never let them know that Iska isn't just my disease, it's my charm, my freedom.

You can proceed all you want to celebrate. I have not been able to. All the tastes and textures of pleasure taste like ash. Like the remains of a sky I have conquered before. I'm bored. I'm completed. Like I have seen better, and the thought of settling for less than makes me feel as though I am dying.

But it's life and we can' t have all want except we want it the most.

I'll never tell them. So your secret is safe. But I know I love you. I know you are not superman, and that's not a bad thing.