It's with an excited heart that I write to you this morning. There has never been so much realisation of variety of perceptions than that which I had yesterday and which will continue for the rest of the week. Presently at the Advanced Human Rights Course on Rights to Development in Africa which is put together by the Centre for Human Rights, Faculty of Law, University of Pretoria, I'm learning quite a lot. As we go on, I share as much as I can with you. 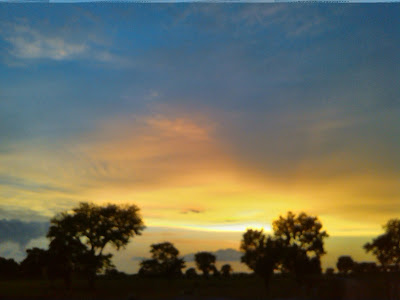 Yesterday was the first day of the course, and we were introduced to the Human Right to Development. We tried to describe development. So many jurists from the past and present had a lot to say on the subject. A few of them, interestingly had views that were not so conventional. And because human rights should be inalienable, development as a right is difficult to generally conceptualise. Nonetheless, we were told that in as much as most of the world still finds such a right hard to concpetualise let alone embrace, Africa has recognised this right as a legal one and as such worthy of legal protection. This is why there is the United Nations Declaration on Right to Development which merely serves as a codification, and very much an inconsequential outline of what the Right to Development should translate to the world and on the other hand there is the African Charter on Human and Peoples Rights which serves as a binding legal document on all of Africa states which have ratified it.

Evidently Africa has the structure for the preservation of human rights but the implemention is the major problem.

For the first time, I came to respect that Africans have a unique way of expressing almost everything. That's why most of our development can not truly be measured with conventional intellectual parameters. And perhaps, the more we measure our development against the western standards the more ignorant we might make ourselves of the fact that varied cultures come with varied versions that determined varied realities.That the fact that we attracted more investors this year more than we did last year does not necessarily mean that we are growing as a people because influx of investors  often translate to enforcing strict investment policies which often do not consider the people sought to be developed.

Yesterday I came to the understanding that in Africa, human rights may not just be inalienable privileges endowed by nature on man, but inalienable stakes bestowed on man, in the burdens and benefits that are domicile in the life and circumstances available and plausible. For now, I'm led to believe that development is the continuous and sustainable access to an progressively improving ' as much as possible'.

Today promises alot more. I'll get back to you soon.