Homophobia and her arguments 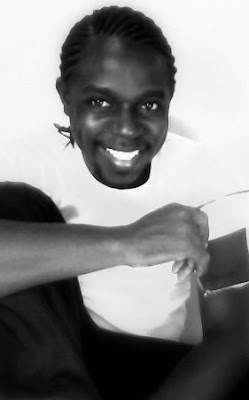 The argument of homophobia is that the Nigerian custom and African tradition is not accepting of same –sex affection and does not has, has never or will ever condone it.  But for heaven’s sake, there is no such thing as ‘the Nigerian custom’ besides the brown uniformed public servants in charge of exports and imports of goods into Nigeria. Sexuality is neither a good, container nor vessel. It cannot genuinely be bought or sold by humans, nor can it be given or taken away.
There is also no such thing as ‘the African tradition’, because Africa does not have ‘the tradition’ to say that it is original, only or objective one. What is to say that African loins or hearts cannot naturally churn same-sex attractions, or non-conforming genitals or gender expressions?
Africa means us, the beautiful diverse realities that have the common ground of tolerance, and just tolerance. Beautiful realities like those of :the Azande people of Sudan whose ancient male warriors sought the affection of male lovers because the affection of their wives would neutralise their potency for battle; the Pangue tribe of Cameroun, where same-sex affection is an ancient tested and trusted charm for wealth creation; the Zvekumombe practice of teenage Zimbabwean shepherd boys who sought each others affection in the cold fields beneath the night’s stars; the 2000 year old painting of two male lovers sitting in the public glare of Zimbabwean state.
Africa means me, and the several interesting and diverse possibilities that I may want to explore academically, spiritually, financially, socially, emotionally, and more fiercely, sexually, when, how and with whom I may want to explore them.
Africa also means us, the little strands of hair that can’t make it neatly in the kinky bun. The realities and practices that are common, wide spread, secret and yet untalked about.

Africa, you know as well I do, that anyone who justifies homophobia is fiercely ignorant of you. Fortunately, they won't be for long. Odigonma. In faith, God blessing us, all that was hidden will come to light. You are rising like the phoenix. You and all the complex, yet beautiful things you stand for.

I love you still. Crazier by the day.