Chimamanda, Her Men and Places 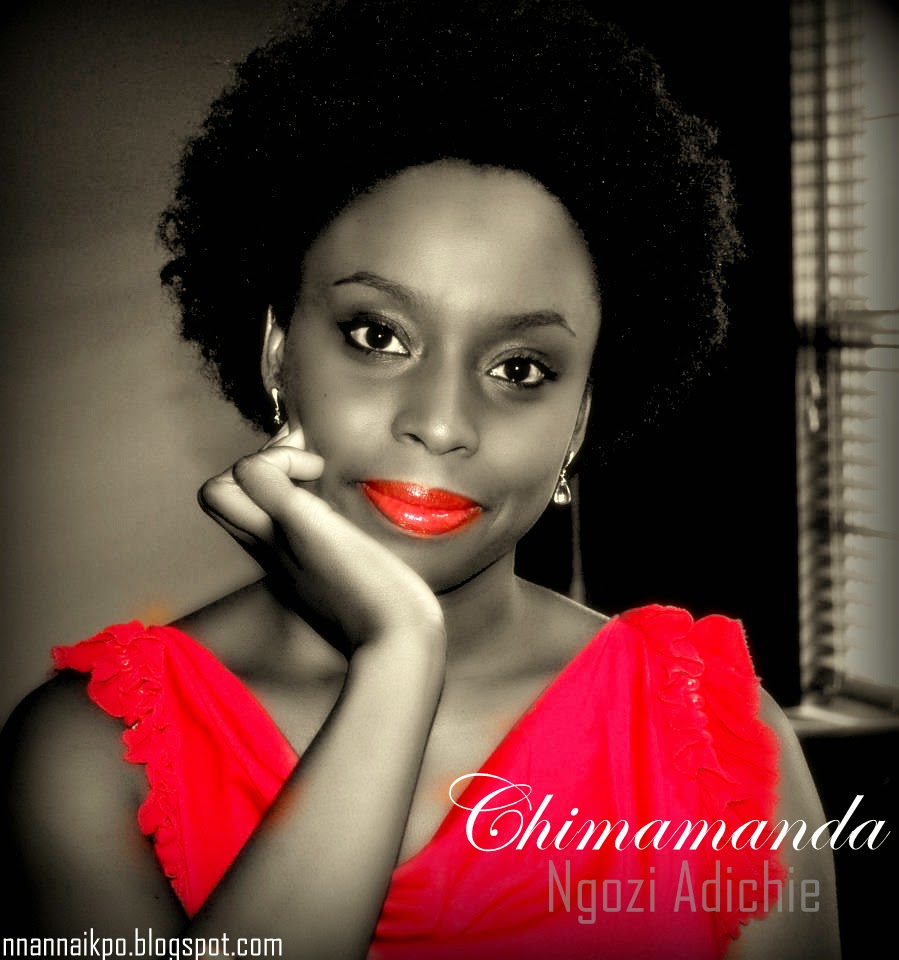 In 2005, Chimamanda Ngozi Adichie visited Port Harcourt. I was in S.S. 1 at the time and my friend Achese had gone alongside other students to see her. Her visit was in line with the accolades her debut novel, Purple Hibiscus, had received. On his returning from the visit, Achese talked so fondly about her and how brilliant she wrote and spoke. He also talked about her book a lot. I was thrilled to hear of this new Nigerian author who is neither Chinua Achebe or Wole Soyinka but had earned Achese's respect. A few months later, a copy of Purple Hibiscus was 'forgotten' on my bunk bed. Finally, I was going to read Chimamanda.

Unfortunately, I could not go past the first few pages. I was bored. I was frustrated. I tried so hard to articulate her thorough descriptions and the omnipresent point from which she wrote. To make matters worse, the main character Kambili was a girl. After weeks of clinging tight to Chimamanda, I relinquished her to my sisters who thought her rather worthwhile. 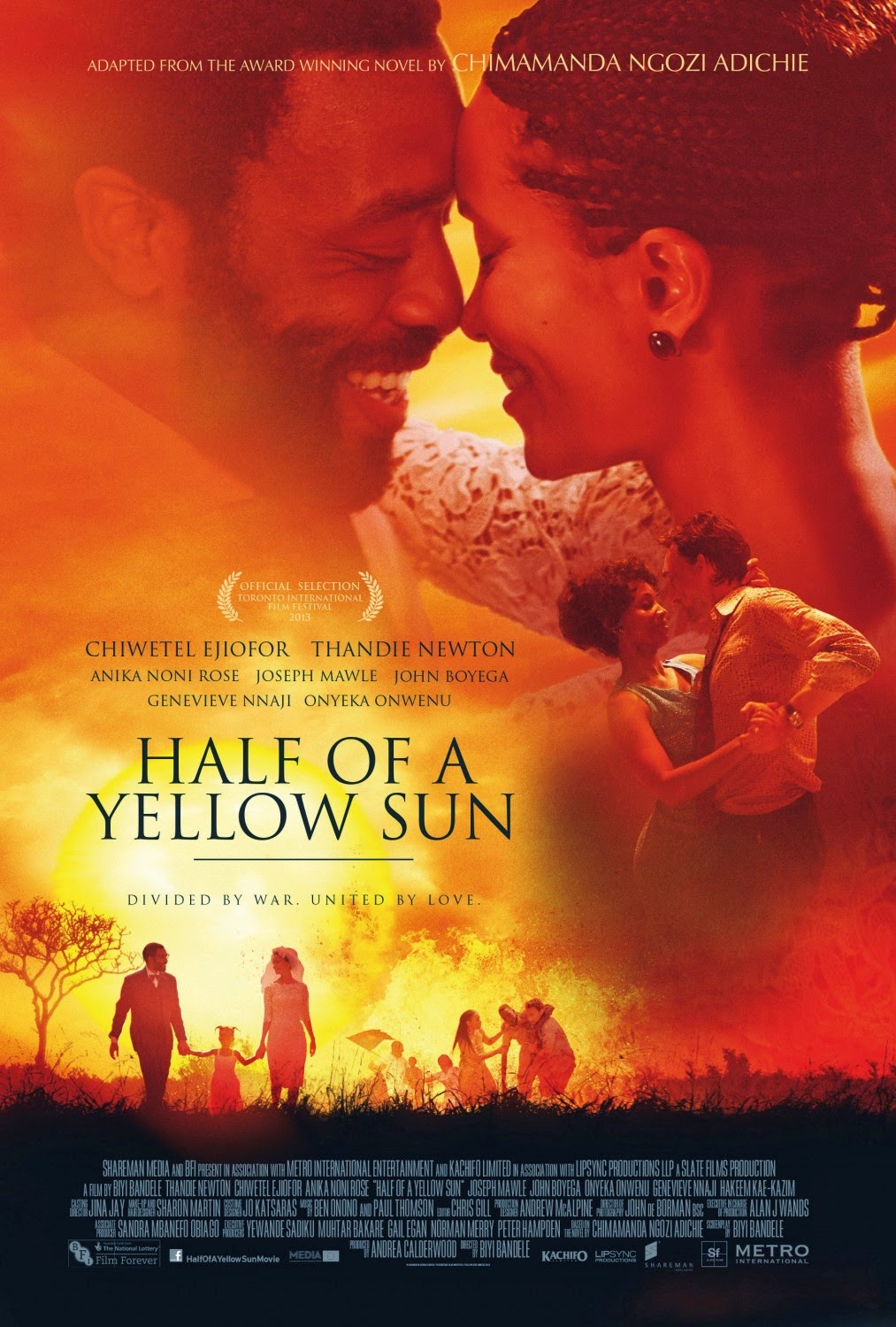 It's 2014 and I am with Chimamanda again for so many reasons: Shama, a friend and colleague, alongside a few other girls in my class would not be caught without a copy of Half of a Yellow Sun sticking out of their purses. After our Jurisprudence lecture one day, we were having a conversation about domestic violence ...then Kambili of Purple Hibiscus jumped out of nowhere. All the girls around were drawn to her and the hell her mother went through in the name of matrimony. They talked about a certain Priest character- I can't remember his name now- whose attraction to Kambili was always so intense yet unspoken and well contained. This stung me. The gist of the character of this priest intrigued me, it was bold. It was different. Chimamanda was alluring once more.

A few months after my graduation I learnt that Half of a Yellow Sun had been made into a film which featured Genevive Nnaji and had been premiered at the Toronto International Film Festival -
not to be viewed in Naija till April 2014. Though I had not see the movie yet, I was enslaved by the movie trailer, everything was fierce, perfect and captivating.

A few months ago, after so many years, I gave Chimamanda another chance to blow me away with Americanah...I am done and now on Half of a Yellow Sun. Everyone says Chimamanda is fierce. Funny. I'll tell you what she is...


'She knew, of course, that he loved her but he wondered if she knew how it consumed him, how each day was infected by her, affected by her, and she wielded power over even in his sleep'
(Americanah)

She is beautiful...electric. I am most blown away by her characterisation of her main male characters Obinze in Americanah, and Odenigbo (played by Chiwetel Ejiofor) 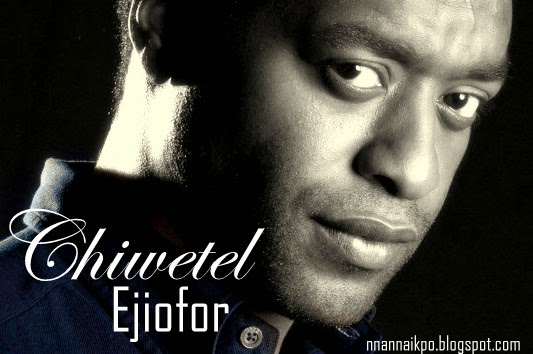 of Half of a Yellow Sun. Then again, I realise that they are almost the same person, the same man. I stand to be corrected, but I read that they are both of short stature, idealised versions of the Nigerian man who wields a forgiveable western tan to his manners , expectations and personality. They are great lovers, fiercely sexual, dedicated and always aware of the grand plan, the 'big idea'.


'When she finally felt that desire, she was surprised  above everything else. She did not know that a man's thrusts could suspend memory, that it was possible to be poised in a place where she could not think or remember, but only feel'
(Half of a Yellow Sun)

Their love knows no sunset- even in the few circumstances when growing up should afford them deeper rationality, maturity and common sense. Regardless, they are adorable men, the object of the girls' rivalry, every girl trying so hard to please and keep them. But the men, always knowing better, flirt cautiously with every part of them but their hearts and their commitment to true love. 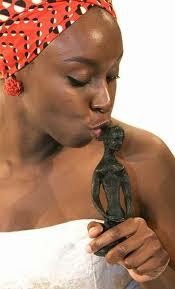 Another wonderful trend for this author is that through her aesthetics, I think, she celebrates the places she has been as brightly colour washed  cache. She brandishes Nsukka, Lagos and Ibadan as the beginning of so much, its memory lingering only for so long before linking to several other dreamy destinations and creating somewhat  charmed and well plotted lives, like picture from a Pablo Picasso scene. Fierce, I'd say, is the connection between her characters as her plots twirl moving back and forth.

She suspends me in sweet memories that are not are mine but some how seem so familiar...like a song that has once been sung to me or a hand that has once held me. I appreciate the plot of Americannah. So far Half of a Yellow Sun is exciting. And some how, I don't think I was ever bored of Purple Hibiscus- I shall resume reading as soon as I lay my hands on one. It seems to me now, that the boy I was then was not ready for Chimamanda's several enchanted destinations and characters. Now, I'm guilty, so guilty of being a crazed fan, combing through You Tube and every other source I can to listen to her, read and appreciate her several other stories even as I expand this single story that was once only another Nigerian tale.

Book Review: Dreams From My Father by Barack Obama 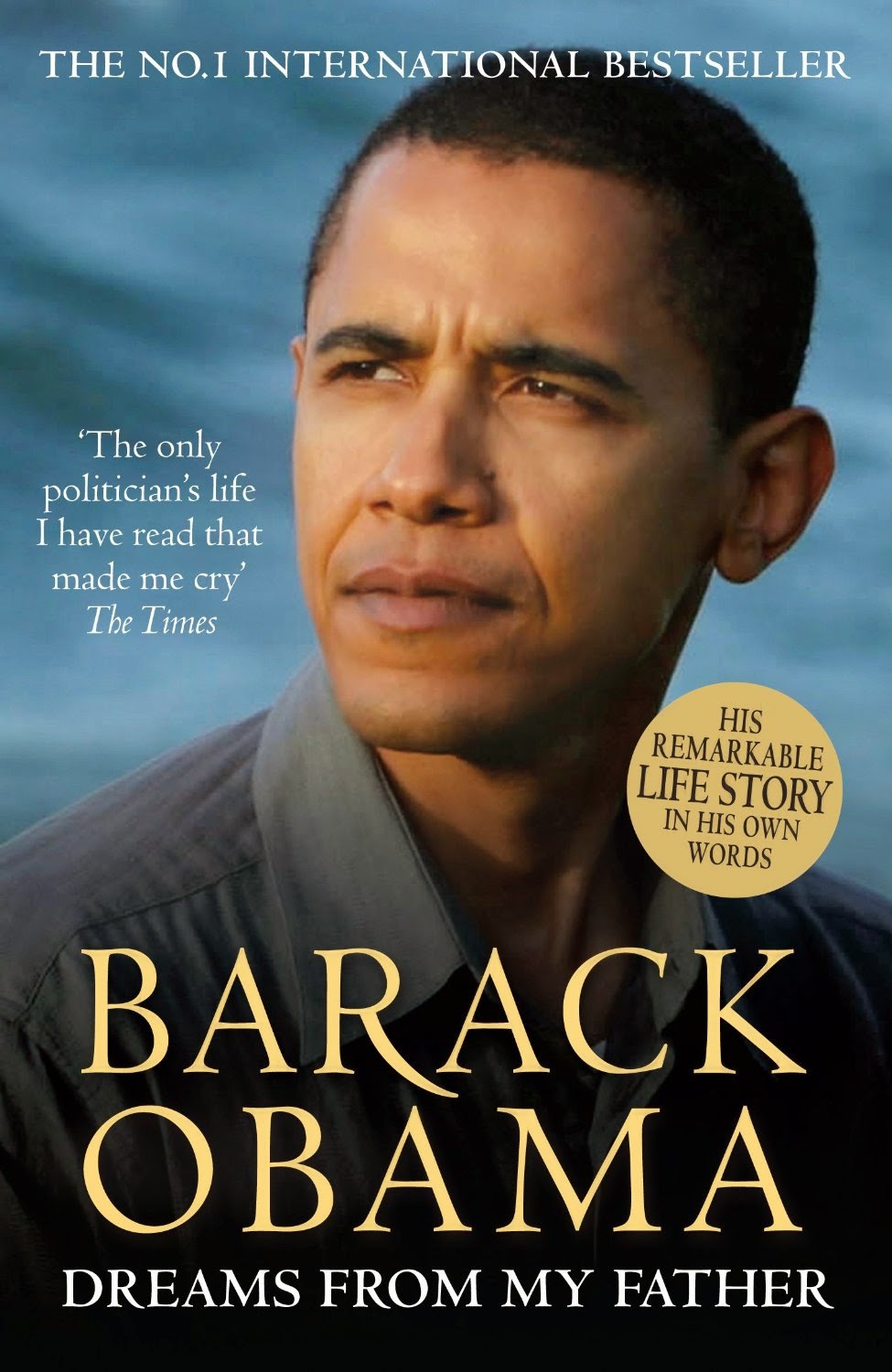 I stumbled on this book in July 2011 and I have celebrated this book and that moment ever since. This is a memoir written by the now President of the United States of America Barack Obama. Indeed-I must confess- it is a true breath of fresh air. This work is not too recent but its freshness and aesthetics transcends the times and stunningly goes the distance. The book opens with the status quo of a young man (the author) who is almost choked by the suffocating air of westernization. Suddenly, he receives a distant call from an unknown relative about the death of the one man who gave him life. And who in a special way gave him a life-long reason to lead it, his father Dr. Obama.
Its setting darts from Hawaii to the University of Columbia to Indonesia to Chicago to Kenya in Africa. All at various time frames and stages of the life of the author.  Like the title suggests- not disappointingly- it is the tacit separation of fear and uncertainty from failure and regret. It is the story of a young black man trying to preserve the authenticity of his identity as a black amongst several whites without being passive to his commitments as a black amongst blacks.
The book is a journey of self-discovery and investigation of a subjective precedent and history that has been presented, painted, preserved and protected in several lights yet lacking proof and justification. It is like the mirror magic: no matter how beautiful someone paints her, when you finally behold her she is nothing but a reflection of yourself and your circumstances. The author succeeds in neatly avoiding the restriction and discipline that comes with advancement in age and study to pour out the raw magma of his burning heart. One that flames of his thirst for the truth of whom he is, who others expected him to be, and whom he ought to be. The book draws a clear cut distinction between our lives as individuals with ideals and as citizens of a world that is torn amongst themes of race, love, commitment, selfishness, poverty, socio-economic denials, family, language, custom and dreams.
Albeit the case, I am particularly bound to my copy of this book not merely because of its aesthetic value but for its well found impetus in defying convention and telling the truth the way it should be told. Undiluted. Realistic. It is indeed a great piece. I am not too fond of Barack Obama as the President of the United States, but his writing prowess evident in this work tells me he has a soul as free as the wind. Ready to take a friend to the right places. Ready to make the right sacrifices. Ready to go the distance.


This book is a must read. Blunt and beautiful as it is also a crystal clear mirror that transcends race, history, belief and aspiration. A mirror in which you might just find you.
at March 17, 2014 No comments: