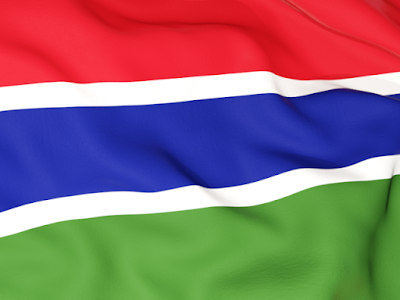 We, the Gambians representing our nation overseas, extend our thanks and appreciation to Your Excellency, The Government and People of The Gambia for the smooth and peaceful conclusion of the December 1st Presidential Elections which you described as transparent, free and fair. Both local and international election observers also certified the whole process as credible. Yourstatesmanly and televised acceptance of the election results in favour of the Coalition candidate on December 2nd, was acclaimed and applauded throughout the world. The fact that you further congratulated Mr. Barrow on his victory and assured him of your support and guidance was testimony to the fact that you care for the progressive development of The Gambia in a peaceful and orderly transition. Many of us have received commendations on your behalf in our various jurisdictions from individuals and institutions citing your action as the dawn of a new era in African politics and democracy.

Your Excellency, we were taken aback by your pronouncement on National Television on December 9th, rejecting the results. This new position of Your Excellency has the potential of undermining the peace and stability that The Gambia is renowned for. Your Excellency, in the light of the foregoing, we strongly appeal for you to accept the choice of The Gambian people and facilitate a peaceful transfer of power to the President-Elect, Mr. Adama Barrow. Meanwhile we applaud the efforts of the international community especially the UN, AU and ECOWAS mission headed by Her Excellency Mrs. Ellen Johnson-Sirleaf in their quest to bring about a peaceful resolution of the current political impasse in our motherland, The Gambia.

In conclusion Your Excellency, we once again implore you to consider our plea which is aimed at achieving the greater good for our beloved country, The Gambia. Please accept Your Excellency, the assurances of our highest consideration and esteem.

(Image of the Gambian flag is sourced from http://www.freeflagicons.com/country/gambia/flag_background/ )
at December 26, 2016 No comments:

I think of 'Good bye tomorrow'

We are having the HIV conversation and I'm thinking of all my HIV moments. The first time was in the 90s when I saw the nollywood film 'Goodbye Tomorrow'. HIV had wrecked a marriage, and turned a once beautiful bride to an extremely sick and skinny version of herself. The bride had been blamed for the disease and rejected by all who knew her. Years later I'd hear of HIV during gossip. Someone had suddenly returned to the village and died inexplicably. Everyone blamed it on HIV. They said it was punishment for the wicked. When more people died, they said that God was using HIV to expose all the wicked ones one after the other. I did not understand this. But does a nine year old question the wisdom of the advanced?

In the new millenium, there were Nigerian soaps like 'Behind the Seige' still strumming the HIV conversation. The ones who had HIV, where the adulterous husband, the inadequate wife, the raped daughter, the philandering boy friend. HIV was still breaking homes and making people cry. And yes, Papa Ajasco, an armed robber had come to rob weilding a syringe loaded with HIV. And his victim, went into his room wore a condom(we did not see), came out and took the injection like a man. He died shortly after of HIV and went to hell for stupidity.

Years after I saw that, some ladies came to my local church to teach us about HIV. If I remember correctly, they used a ripped umbrella to represent a condom (perhaps too shy to whip one out in the House of God). They said that as children of God we do not need condoms because we wont be having sex before marriage.  also attended several HIV workshops for youths at the NNPC refinery. I do not recall seeing a condom in the hall. 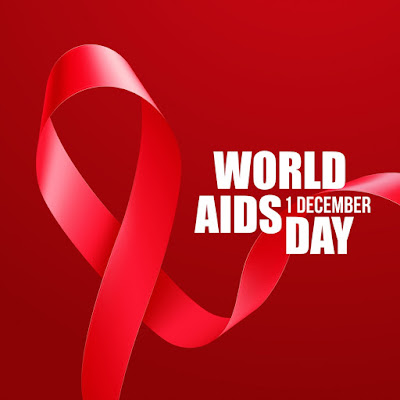 It's February 2016, and I'm at the Advanced Course on Sexual and Gender Minority Rights, University of Pretoria. I am deeply scandalised by the sight of condoms. I feel so shy to even look at them. Condoms and lubricants stacked and spread everywhere on the display table. At this time I am 26, called to the Nigerian Bar, fully bearded, pursuing a masters degree, and I am just learning that they also come in flavours of banana and straw berry.

Its May 2016, and I'm being schooled on how to wear a condom properly for the first time in my life by a student volunteer at the Centre for Aids and Sexuality, University of Pretoria. She should be 20 or there about. A few minutes ago, it felt like forever, after she had drawn my blood and retreated to another room to wait for the 'line' or 'lines' to appear. Suddenly, it dawned on me that several other Nigerian lawyers may not know how to use condoms properly. Heck! several other Nigerians even.

She pinches the tip and rolls it down the pseudo penis. 'It is very important to keep the air out' she said. 'You must come back again in 3 months' to confirm'. I am scared. I think of 'Good bye tomorrow' and becoming a skeleton. In that moment all I think of is my life ending. I forget that Justice Cameron has lived for about 30 years with the virus, and Kenny Bademosi for more than 15. I forget that I just learned to protect myself properly. All I think of is the look in 'their' eyes if they knew that I was taking condom lessons. If they knew that I had to come back.

'Tell me. What's the result?' He says, his eyes fixated on me.

I do not respond. I do not think he has the right to know. He did not care enough to teach me about condoms.

In this with you,