Odimnobi - I smell his sweat 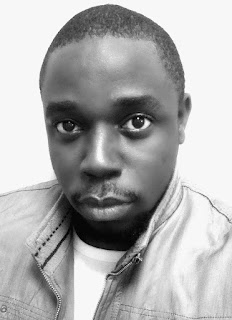 Who will make Dafe stop now that Olufemi is no more? Who will make Dafe pay? Who will bring the rapists and oppressors, the bad apples in uniforms to justice? How can we say we have a voice when fear haunts our reality and crumbles our democracy? The worst of it, we barely know better than to succumb and pray for some magic.      Magic!? when the miracle of democracy lives in our home, dines with us every day. When things can be done better and discipline amongst public officers enforced. But what is the law without the will or implementation?
Olufemi roared for me when the law should have. Especially in a Nigeria where sexual minorities cannot, for their own safety, report any crime that begins with ‘ I am gay, and …’
Olufemi’s demise has filled me with fear. I’m still in Benin. Dafe has married Aunt Sandra, and they both live in Lagos. But the fear of Dafe lives in my heart, as he has moved into my home, my family. As I mourn Olufemi, I hear the Dafe’s handcuffs dangling, I smell his sweat, my fate and everything wrong.

Image 6: http://spiritualcleansing.org/in-the-end-we-will-remember-not-the-words-of-our-enemies/
at July 16, 2016 No comments:

Because ogbanje stories are demonic (a tribute to Elechi Amadi)

#RIP to an exceptional storyteller, Elechi Amadi, Thanks for shining. You struck hard, you struck differently.