‘They say Lagos men do not just chase women, they snatch them…This is Lagos. Lagos is different from home. Lagos is big. You must be careful here. You are a mere child. Lagos men are too deep for you. Don’t think you are cleve. You are not. You can never be cleverer than a Lagos man. I am older than you are, so take my advise’

My name is Nnanna Ikpo. I am a Nigerian lawyer and storyteller. My research interrogates the place of narrative fiction and story telling as tools for human right advocacy, the teaching and learning of law. Particularly, the human rights of sexual and gender minorities in Africa.

Stories matter. Stories are how we engage with the world and with each other. Stories are how we question the world, disrupt and reconstruct it. The stories of Flora Nwapa and the stories that she told are some of those that have reconstructed the world. Flora Nwapa’s stories can still do more ‘damage’ if brought into the right spaces and unpacked in the context of expedient things.
Flora Nwapa is quite synonymous with, to put it safely, cultural feminism. At a time when only a few where she was could put a word to it. After Deh Onyeka told me about his aunt, I asked my mum about her.

Flora’s writing is steeped in her culture and the events of her time. Although she is generally considered as one of those who wrote back to negative perceptions of Africans by colonialist, she was also considered one of those who reconstructed Nigerian femaleness quite differently from what many at the time considered safe, proper, believable. She and her writings were erased from among the lot of what the world expected or thought, expects and thinks of Nigerian women. 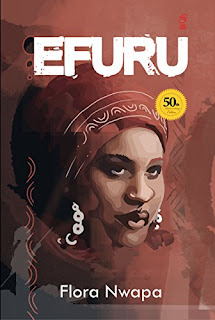 Flora Nwapa's female characters make choices, change theirs minds, run away, steer families and make money, are influential, look men in the eye and just are. Her characters hold men by their hands, initiate running away and elope leading the way. Her female characters insist on trading and leaving it to their men. The women firmly believe that they are more effective in sustaining their families by buying and selling than cultivating the soil. Ma Flora, although the naughtiest of them all, was real, very real. Her realness has paved a way for a lot in terms of how Nigeria and the world engages with feminism. Our perceptions and expectations, the things that we allow ourselves to be shocked by.

Last year we celebrated the 15th anniversary of the emergence of the protocol to the African Charter on Human and Peoples’ Rights on the Rights of Women in Africa (The Maputo Protocol). Feminism is a hot topic again. Yet within it, there is great difficulty in coming to terms with ‘Who is a woman?’, ‘Who is a feminist?’. I won’t join the hassle because ‘it is all politics’ like Ma Flora would say. 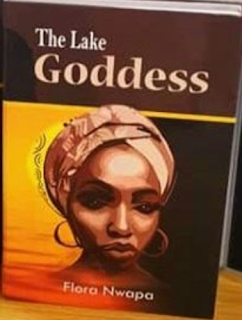 The women’s’ right framework has refused to come together on the continent effectively, because we insist on erasing certain types of issues and certain types of women from the core workings of things. We still erase the naughty girls: women who have sex with women, women with unconventional gender expressions, women with ambiguous chromosomal and/or physiological makeups, women who transitions into womanhood as opposed to being born, older women, women who are not the stereotype.

It was all politics. But now these politics have become unfortunate. These politics have become dangerous.
Flora Nwapa’s message was clear. Among other things, I believe that she also demanded and still demands that we make room for everyone. Representation matters, visibility of every kind of women matters and is powerful. Make room for the naughty girl, in how she lives, how she loves, works, eats, travels, dreams and what she chooses to dream about, what she chooses to stand for, provided she does not endanger anyone. Provided endangering is contextual and critically engaged with.
The stories of the naughty girls matter in conversation around the human rights of Women. Especially stories ebe ona kpa-ike. Especially stories where naughty girls are strong, where they cross the line.

‘One innocent igbo man wrote an appreciation of you...He said you are not a Feminist, not even a feminist with a small ‘f’. How those of us who knew you well had laughed. How was he to know that most of your last visits to London were funded by the Feminist movement, and that your last talk at the Feminist Bookshop in Upper Street, London, had a strong Cultural Feminist message? How was he to know that what us Africa women writers resented In the Feminist movement was the fact that the name was from the west, and that we still cherish our families, that we value most our relevant cultures?
This is why some of us claim to call it by other names: cultural feminism or feminism with a small ‘f’, some say womanism, but at the end of the road, we are all working towards the same end- the dignity of the woman.
I think you are having the last laugh over all of this. That bell-like laughter with one foot in the air and your elegantly arranged head-tie thrown backwards, saying, “Let our men believe what they like Buchi, what does it really matter? It’s all politics”’
-       An excerpt from ‘Nwanyi oma, biko nodunma’
a tribute by Dr Buchi Emecheta to Flora Nwapa in Emerging Perspectives on Flora Nwapa: Critical and Theoretical Essays.


'If Chinua Achebe and Flora Nwapa and Emeka Ike had not written the books they did, when they did, and how they did, I would perhaps not have had the emotional courage to write my own books. Today I honour them and all the writers who came before me. I stand respectfully in their shadow'
-  An excerpt from 'Adichie, Anambra and the Core of Igbo Society' by Chimamanda Ngozi Adichie
https://nollyculture.blogspot.com/2018/02/adichie-anambra-and-core-of-igbo-society.html

For further engagement with Floro Nwapa and her works:
'House of Nwapa' a documentary by Onyeka Nwelue
https://www.youtube.com/watch?v=3ZT5_YeTPos

Photo sourced from: https://www.sahistory.org.za/archive/biography-flora-nwapa-emily-coolidge
at September 30, 2019